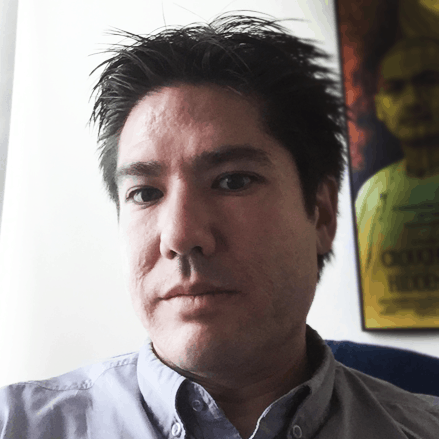 David Schonfeld has a deep background in management, and technical operations for content distribution across all platforms of distribution that include live television production (sports and non-sporting events), linear television and OTT (Over the Top) platforms globally.

Presently Director of Operations for Sony Pictures International Television in Singapore, David has managed over a dozen channel launches that include the launch of Sony ESPN in India and multiple movie/general entertainment networks.  David is also directly responsible for the addition of encoding work flow into the Sony’s technical operation in support of 10 SonyLIV branded OTT channels – 6 linear and 4 per event ad hoc channels (Sports and other live non-sporting events) – that are distributed as part of Sony’s OTT platform in the India market.

Prior to joining Sony, David consulted on multiple projects in the United States that include the exploration and creation of budgets for multiple OTT and out of home content distribution platforms that include a Seven-Eleven out of home channel that would be carried in all stores and available as an OTT channel through mobile and IP applications, OTT channels for individual musicians, artists, bands and concert series that were looking for alternative means of distributing their music and art as well as Onyx Nation a subscription Video on Demand (SVOD similar to Netflix) OTT platform targeting the African American community.

David was a major participant and contributor in the positive launch of Cinemoi, an independent and foreign film channel with European Couture.  David worked directly with the principles of the company and the programming team to define the look and feel of the channel as well as played a major role in outlining the channels digital requirements and alternative roll out to the traditional reliance on the major Multi-Provider-Video-Distributors (Comcast, Charter, AT and T, Etc.) while simultaneously assisted in negotiations of a carriage agreement on the Verizon FIOS platform.

David as Vice President of Accounts and Technical Services played a significant role in the build and development of the Andrita Media Center where he participated in the development of their unique digital work-flow creating one of the first completely tapeless work-flows in the industry; integrating production, post-production, and channel origination. His contribution led to the sale of the facility to Broadcast Facilities, Inc (now known as Encompass Media).

David’s other accomplishments at Andrita included contracting with cable networks, VOD platforms and productions for services. Networks signed to originate included: Here TV, The Africa Channel, The Wine Network, WCSN, Hallmark HD, 3 chan. VOD platforms included Hallmark, WCSN, Here TV, MGM HD, Impact, Full Moon Features, NUVOTV, the Africa Channel and others.  He signed production contracts with MTV supporting their production efforts of all the Life and Rhymes of concert programs, managed all of VH1’s reality show reunion productions, contracted with the People’s choice awards to produce the award show during the writers strike in 2008 as well as negotiated contracts for the productions of General Hospital’s “Night Shift”.

David also worked with facilities such as Studios 121 as director of operations where he provided expertise to upgrade 10 -year old facility equipment and overhaul operational flow.  Other projects and jobs included Wine Central TV, Managing Director of Digital Media Distributors International and Manager of Operations for Playboy Entertainment Group.

What is the Shift to The HawaiiMana Commitment?

The "Shift" in our understanding about food and nutrient rich crops goes beyond just the farming practices like organic and non organic on top of the soil alone. It's the understanding that the condition of our soil's own biome below the surface is as essential to us all as our own internal gut biome certainly is.  We support Regenerative Agriculture both land and sea that focuses on nutrient rich or nutrient dense soil producing crops over the larger commercial or Intensive Agricultural farming methods that focus more on high calorie and starch content crops that end up with significantly depleted vitamin and essential mineral content in our fruits and vegetable and thus end up in our own gut biome just as depleted. Healthy soil produces healthy plants that produce healthy people, and healthy plants don’t always need fertilizers... and neither do people.

†︎ DISCLAIMER: THESE STATEMENTS AND INFORMATION ON THIS WEBSITE HAVE NOT BEEN EVALUATED BY THE FOOD AND DRUG ADMINISTRATION AND IS NOT NECESSARILY BASED ON SCIENTIFIC EVIDENCE FROM ANY SOURCE. THIS PRODUCT IS NOT INTENDED TO DIAGNOSE, TREAT, CURE, MITIGATE OR PREVENT ANY DISEASE OR CONDITION.